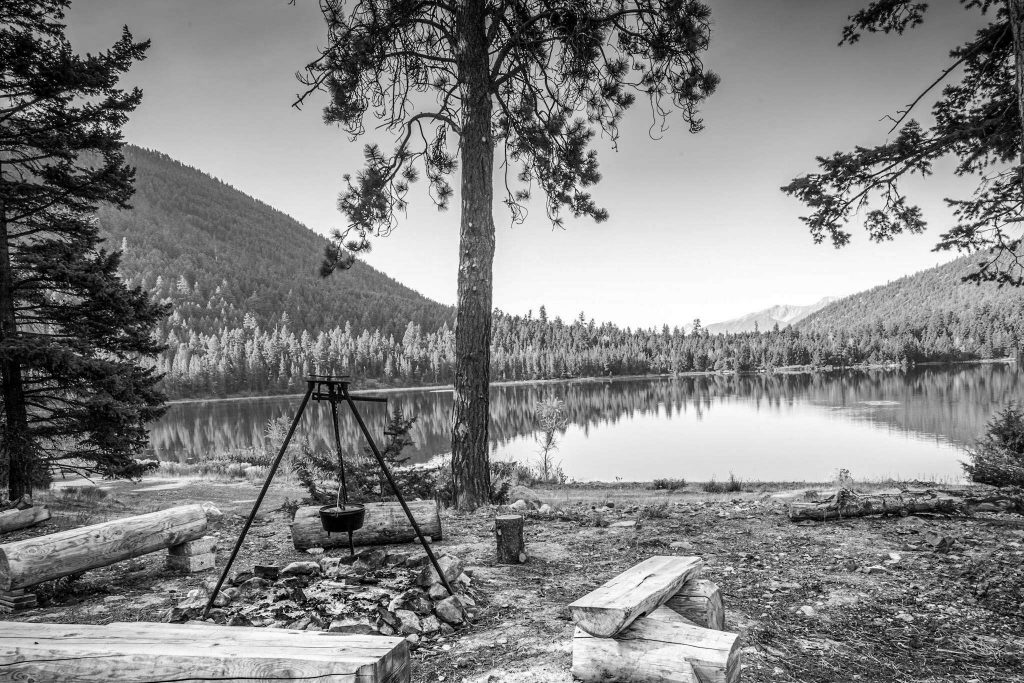 The dam at Ruddocks was first built by the Ruddocks brothers in 1916.  They blocked the existing creek and created a 30 acre lake.  The Ruddocks Ranch raised cattle to feed the road building crews at the turn of the last century.  In the early 1950’s, three ¼ sections of land encompassing the dam was given as a veterans grant to a private individual.  In 1983 a new dam was built and the lake grew to 65 acres.  In 2004 the lake was purchased by the current owners.  Until 2014 the current owners kept the property for their personal enjoyment and then decided to allow others the opportunity of enjoying it as well. Ruddocks is completely off grid and surrounded by crown land so no neighbors. . . a true wilderness setting.